Saroki Architecture looks toward the future

Earlier this year, Victor Saroki & Associates Architects—one of our many longtime clients—reached out to us and expressed the desire to embark on a rebranding process, which would coincide with the firm’s 30th anniversary. It’s not everyday that you get the chance to partner on a project like this with a company as revered in its industry in metro Detroit and beyond as is Saroki.

One of our main objectives was to pull out three areas that differentiate Saroki from its comtemporaries: philosophy, process and team. The common threads between them lied chiefly in the firm’s commitment to providing excellent architecture through a hands-on, customer-centric approach, carrying a vision from conception to completion. From the initial rounds of logo designs to the banner that now adorns the facade of Saroki’s office in downtown Birmingham, our job was to convey those elements that elevate their company’s culture above its contemporaries.

The list of marketing components that we designed, developed and produced for Saroki Architecture includes stationery, residential and commercial architecture brochures, a revamped website, invitations to the firm’s 30th anniversary celebration and signage for their office. Our team is proud to have had the chance to work alongside Saroki Architecture during this remarkable transition period, and would like to congratulate them on their landmark anniversary!

Some of the items that we created for Saroki Architecture are captured in the image below: 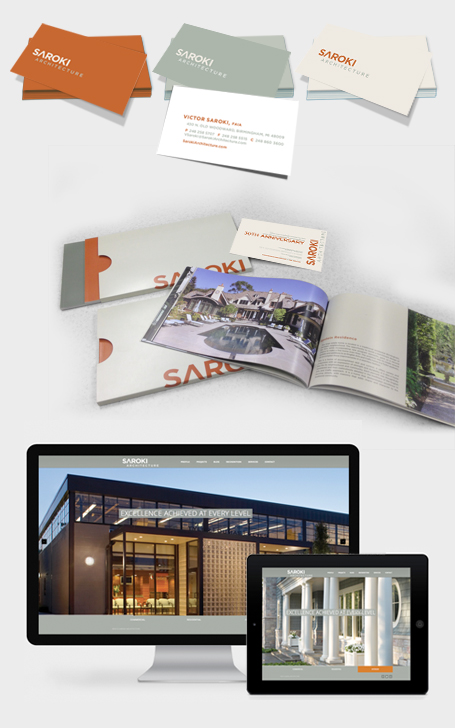 How to Guide Your Customers Through Uncertain Times