We’re thrilled to announce that PCG recently earned a Silver Award in the Media Kits category at the annual Gold Ink Awards for the 2014 Chevrolet Corvette Stingray World Debut press kit that we designed.

Hosted by Printing Impressions magazine and annually recognized as one of the print industry’s most prestigious competitions, our team is honored to be named among the winners. This year’s Gold Ink Award winners were chosen from more than 1,000 entries submitted within 46 different categories. Winning pieces were chosen based on print quality, technical difficulty and overall visual effect.

PCG was chosen by General Motors to design and produce the press kit for the 2014 Chevrolet Corvette Stingray unveiling at the 2013 North American Auto Show Media Days, as well as an exclusive preshow event. Our team was then tasked with creating a custom package fashioned of deluxe materials to reflect the sleek and luxurious feel of this seventh-generation vehicle. 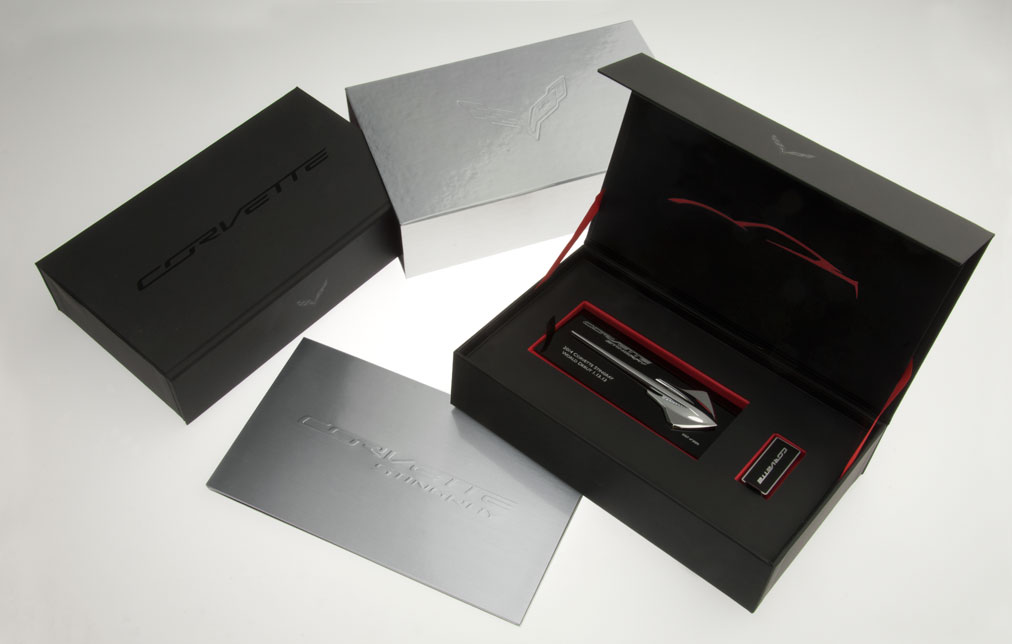