When a company with a long history of representing union members across the country needed revamped branding and marketing, it turned to a nearby distributor known for their expertise.

The Southfield, MI-based Locomotive Engineers & Conductors Mutual Protective Association (LECMPA), founded in 1910, provides wage-loss protection for unionized transportation workers in the U.S. First established for the rail industry, it now represents workers in a slew of industries, including UPS, the Teamsters and airlines.

After finishing a new logo, website and brand identity for LECMPA, nearby Premier Communications Group (asi/298496) in Royal Oak, MI, designed and managed a membership-appreciation campaign complete with branded merchandise.

“They hadn’t done much in the way of outbound marketing,” says Mike Fossano, vice president of account services at Premier Communications Group. “So, we developed a strategy to keep their base happy and intact. They wanted to boost their marketing, show appreciation to their members and generate inquiries.”

The outreach started with an email to all members with a simple message: It thanked them for their membership and invited them to visit the LECMPA website and enter their information to receive a free branded ball cap while supplies lasted.

Two days later, Premier had already fielded 1,500 submissions and was preparing to send boxes from coast to coast. “The response was better than we had anticipated,” says Fossano. “We had a good hit rate. We got the hats made – embroidered caps from New Era – and put them in a gift box with a card that asked them to share photos of the cap on social media. And we handled all fulfillment.” 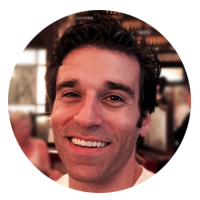 “The little things can have an impact when people aren’t expecting them. It was an authentic response from recipients.”

The card also promoted the company’s referral program: For every referral the recipient submitted through the included QR code, they were eligible for a cash reward. “It went insanely well, and it was a simple thing,” says Fossano. “Members were calling and emailing thanking LECMPA for the hat and note. The little things can have an impact when people aren’t expecting them. It was an authentic response from recipients.”

Premier Communications Group has plans to continue working with LECMPA on similar campaigns in an ad agency role.

What Can You Do?

Here are three ways to help a customer re-engage with their target audience.

1. Analyze their marketing. Has the client’s outreach been inconsistent, or maybe even nonexistent? Help them to brainstorm ways to re-engage. This is particularly important if it’s an older company that could use refreshed branding and marketing.

2. Keep it simple. LECMPA’s gift box contained one branded product and a note, but it was a thoughtful gift that recipients weren’t expecting. Their appreciation for the item led to more engagement than was originally predicted.

3. Encourage engagement. The note in the box asked members to share photos of the cap on social media as well as to refer new members for a cash bonus. While the branded merchandise is important, it becomes even more powerful when combined with a call-to-action.

The Importance of Brand Imagery

SOI 2020: The Benefits of Diversification

It’s all about the hot fudge cream puff