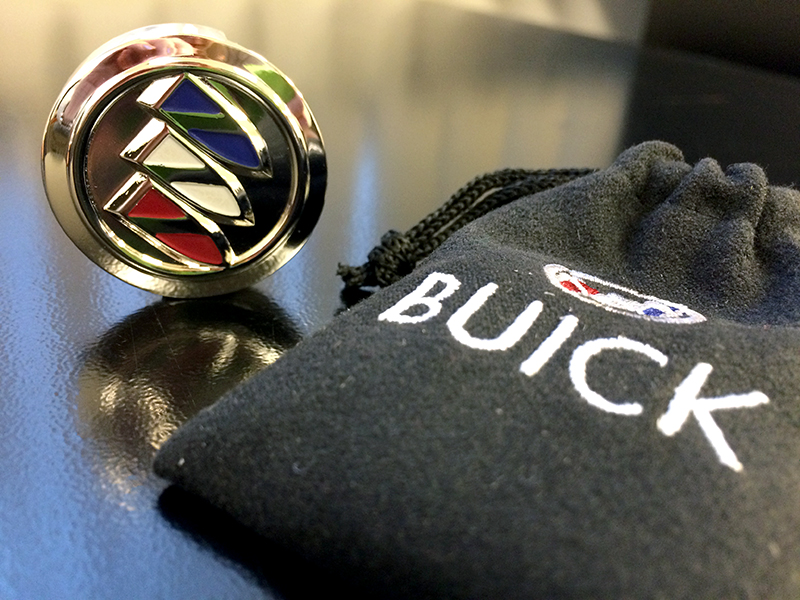 With the closing of the 2016 North American International Auto Show in Detroit last month, here’s a look at how we put our creative stamp on our clients featured at this year’s event. 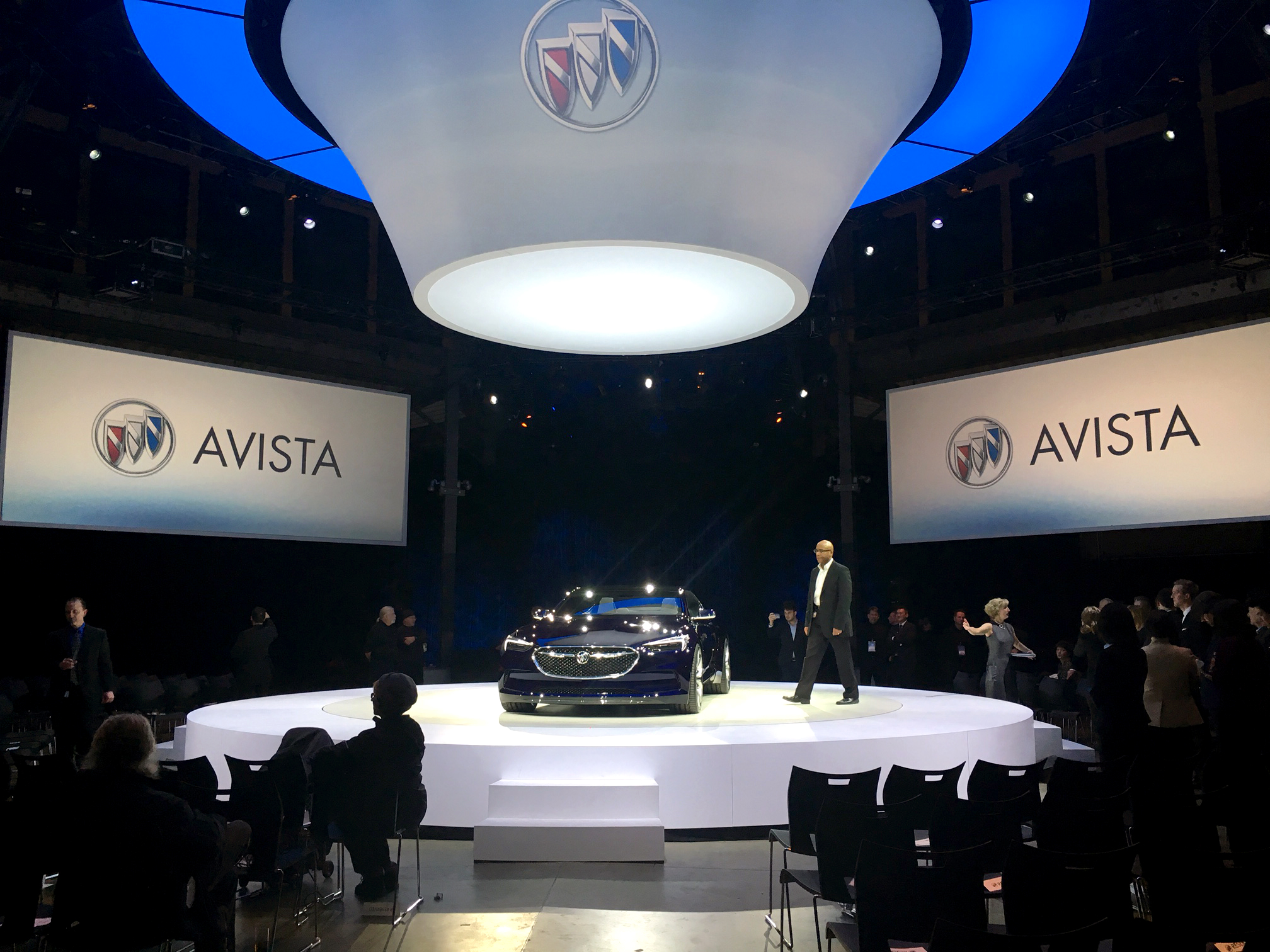 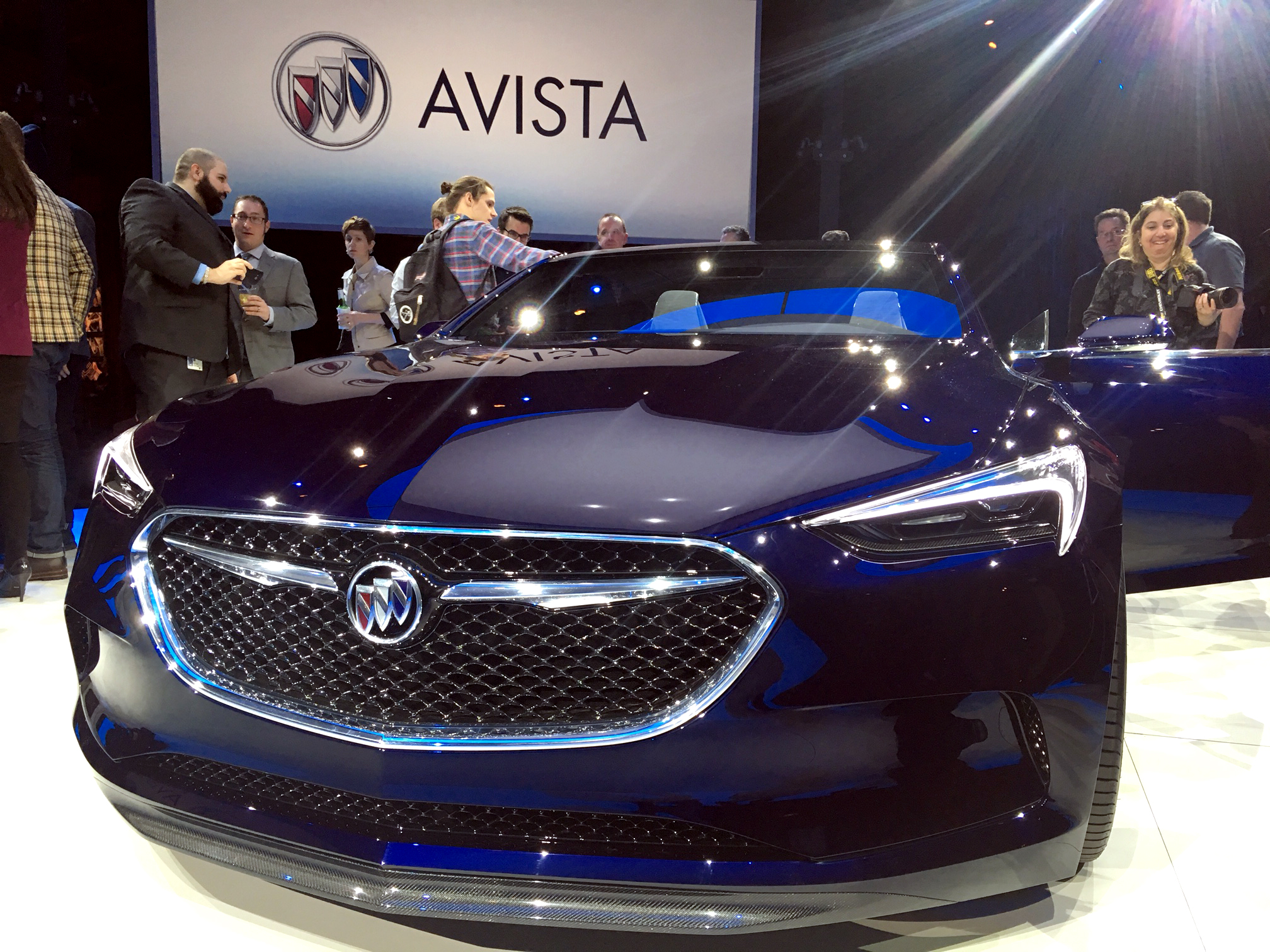 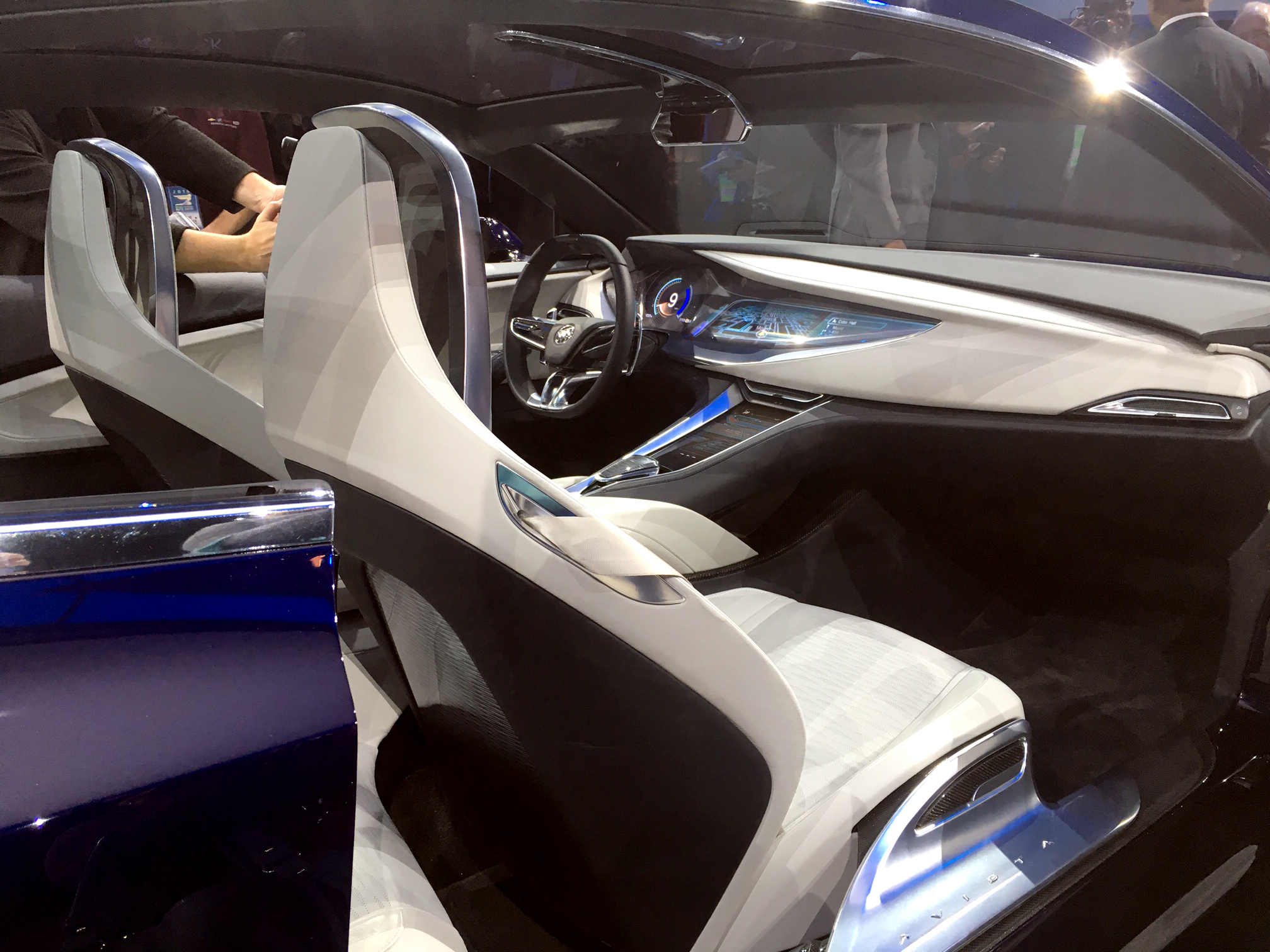 Those who attended the show, or saw media coverage, probably agree that the clear showstopper was the stunningly sleek Buick Avista coupe concept. On January 10, we attended a special press unveiling at Eastern Market in Detroit. It’s rumored the Avista may actually have a slight chance at seeing production someday – and we are all behind it! It’s absolutely one of the best concept cars we’ve seen in recent years!

For the reveal, Premier Communications Group created the unique and memorable custom flash drive and embroidered pouch handed out to the media. Designed as a coin-like shape, the brushed metal USB is pressed with the newly reintroduced Buick tri-color shield and filled with enamel matching the badge colors. A strategically placed magnet tucks the “arm” of the USB behind. 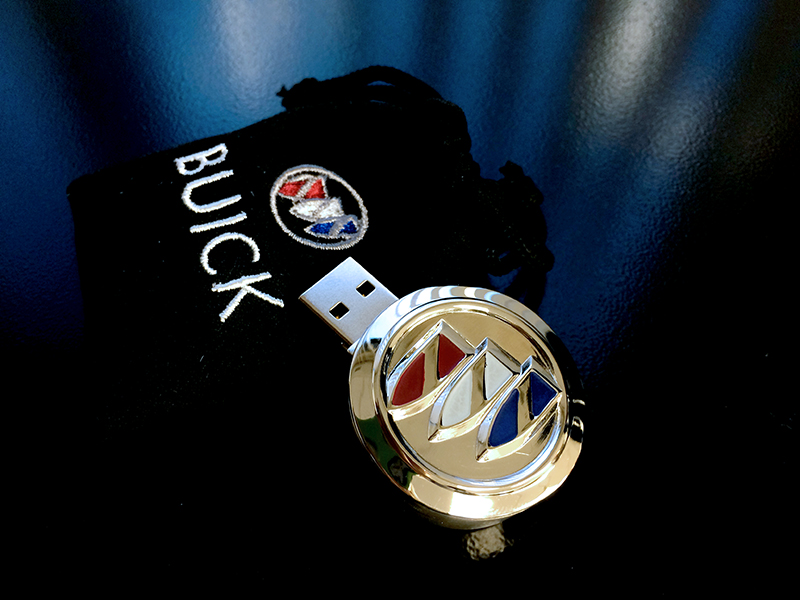 During the press days January 11–13, Chevrolet revealed the Chevy Bolt, an electric car, and the new Cruze hatchback. We created the custom-manufactured USB drive distributed by Chevrolet during these conferences. We also designed media cards for both Cadillac and GMC, the latter of which announced the 2017 Acadia at this year’s show. 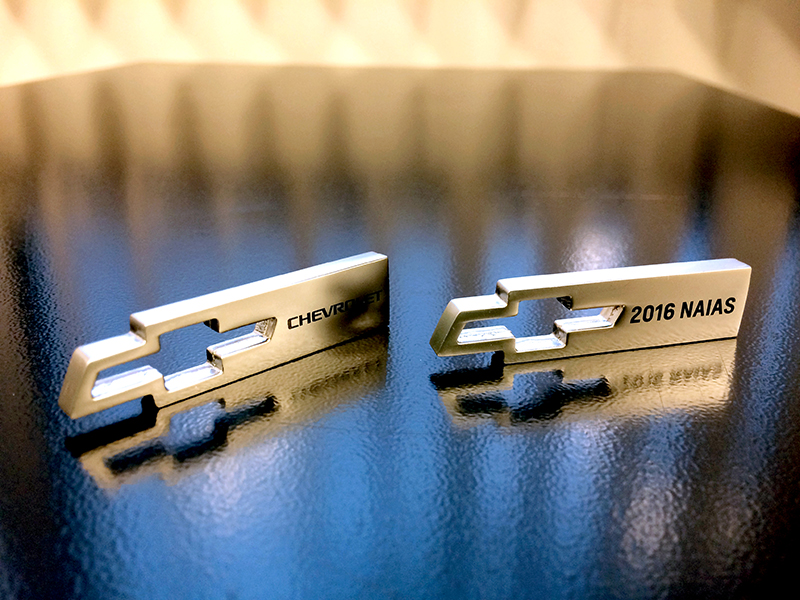 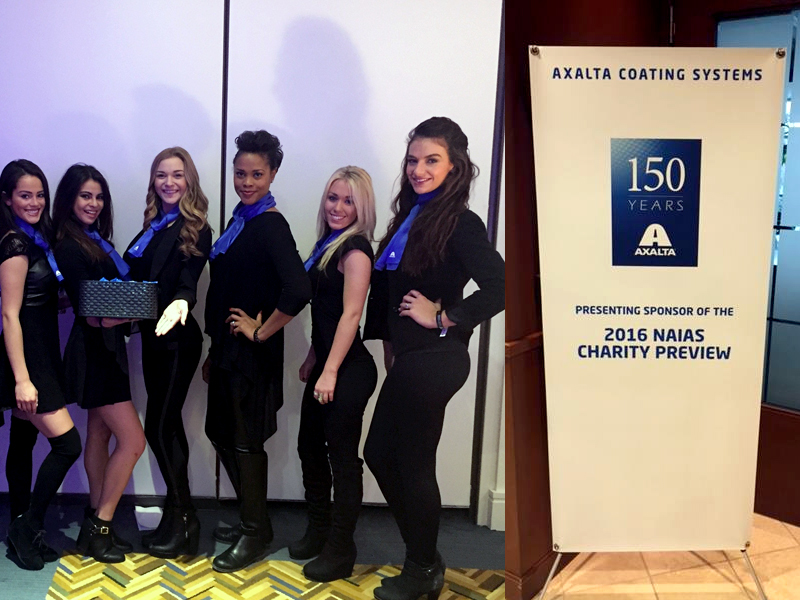 Axalta also presented at the annual EyesOn Design awards, organized by the Detroit Institute of Ophthalmology, for which we designed a banner graphics, a set of ads and a brochure introducing Brilliant Blue as the 2016 North American Automotive Color of the Year. 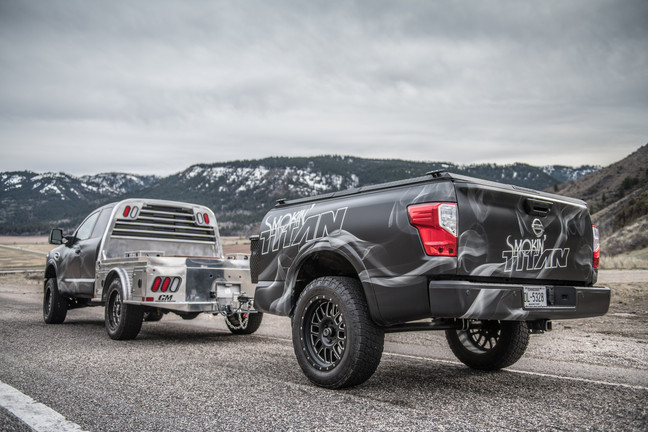 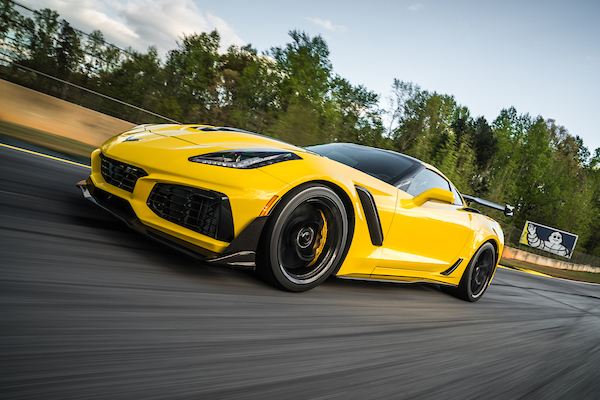